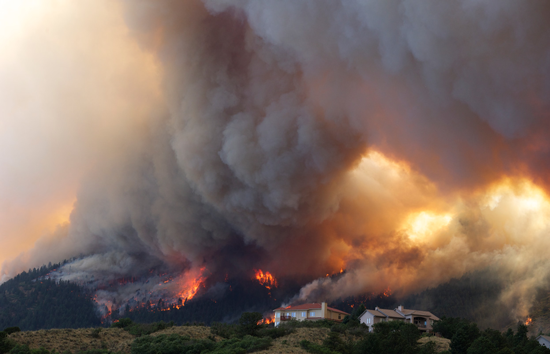 According to federal statistics, since the beginning of 2013, less than 54 square miles have burned across America. Last year at this time, fires had burned nearly three times as much land. Despite the slow start, it is predicted with the combination of drought and higher than normal temperatures that just a little bit of wind can be devastating when it comes to wildfires. These key factors could possibly lead into a fire season similar to last year which burnt more than 14,500 square miles, an area bigger than the state of Maryland, and destroying more than 2,200 homes and businesses.

Although the late winter storms and rain has helped most regions of the U.S. naturally prepare for fire season, the South and Southwest will certainly dry out if the drought persists like it is predicted to do. That being said, the head of the U.S. Forest Service spoke Tuesday about his agency preparing for another busy year, but with far less firefighters to fight those fires (500 fewer fighters and 50 fewer engines with crews) due to funding cuts. The agency will also have to rely more on non-contracted aircraft assistance which could ultimately lead to higher firefighting costs. He also believes Florida, Arizona, New Mexico and Southern California have the highest potential for major wildfires in 2013.

Are you and your home prepared for wildfires? View some wildfire safety tips to learn effective suggestions to better prepare you and your loved ones should a wildfire break out near you.

Wildfire fact: Western states had more acres burned in 2012 than in 2011, and the Forest Service spent more than $1.4 billion battling the relentless wildfires.