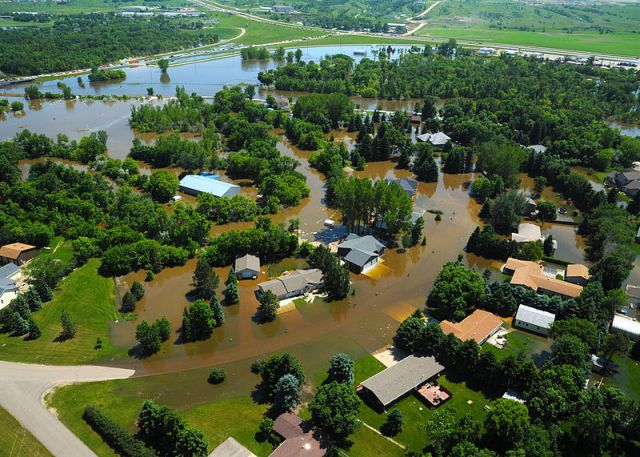 On Tuesday March 4th, The House voted 306-91 for the Homeowner Flood Insurance Affordability Act, which essentially rolls back flood insurance rate hikes that Congress started phasing in two years ago. The new bill would limit increases to 15 percent of the average rate in a particular flood zone or 18 percent for each individual policy.
The Homeowner Flood Insurance Affordability Act, sponsored by Reps. Michael Grimm (R-N.Y.) and Maxine Waters (D-Calif) reverses some of the changes to the National Flood Insurance Program (NFIP) introduced by the Biggert-Waters Act.

The Biggert-Waters Flood Insurance Reform Act of 2012 caused a huge increase in the price of flood insurance for many throughout the U.S., mainly the coastal states. Key factors of the Act increased flood insurance rates for homes in flood zones. Premiums could increase by 25 percent per year, for four years until the full-risk rates were reached. The law phased out the government’s support for flood insurance policies – except for those protecting primary residences. And policyholders were no longer eligible to receive discounts for second homes and commercial buildings. Lastly, It eliminated grandfathering. In the past, many buildings were allowed to keep their original flood-risk rating even if the zone designation was changed in a later flood zone map. Beginning in 2014, all buildings would be rated using the latest maps.

Rep. Waters acknowledged that the bill will help undo some of the negative effects of the 2012 law she helped write. “If enacted into law, this legislation will provide homeowners living in flood-prone regions with clarity and certainty that the cost of their insurance will not force anyone from their homes, lead to depressed home prices, or undercut their ability to buy or sell a home,” said Waters.

Other House members in coastal states welcomed the vote.

The House bill also involves FEMA, which administers the flood insurance program, to notify communities and members of Congress of remapping and the models used in the mapping process.

Typically Homeowners insurance does not cover flood damage, and a new policy can involve up to a 30 day waiting period. To learn more about flood risks and insurance visit http://www.floodsmart.gov.